mobcast inc. (Head office: Minato-ku, Tokyo. CEO: Koki Yabu) are proud to announce that the smartphone app “18: Dream World” will host the first of the collaboration quests with the TV animation “18if” starting from 21:00 on June 18th. ■First collaboration quest to feature characters from 18if !

As the TV animation 18if is airing very soon, we will be hosting a collaboration quest featuring characters from the anime! The quests will feature the anime version of “Stray Sheep” and “Haruto Tsukishiro”.

We plan on hosting more collaboration quests with 18if so please look forward to them! 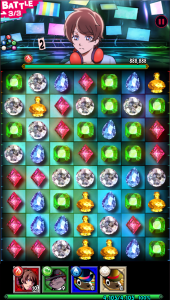 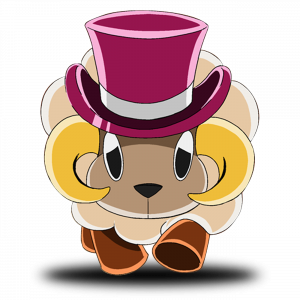 <Refer-a-friend promotion!>
If you refer a friend during the collaboration event period, you will be able receive twice the amount of Dream Candies. Additionally, we are hosting the “Head Start“ promo for those who have newly started the game. So if you know a friend who isn’t playing this game, why not use this opportunity to invite them?

* You can receive up to 100 friends worth of rewards.
* Users who have previously referred at least one person will receive a smaller ratio of rewards. Those who have already invited 100 users will not be subjected to receive rewards for this promo.

<Head Start promo>
A Head Start promo event will be hosted to commemorate the release of the anime! All new users of the game will receive a “Newcomer Support Festival Ticket” and 10 Sheep Drinks.

If you tweet from the special mission within the game during the collaboration event, we will give you a free Sheep Drink.

The Dream World.A place where unconsciousness and consciousness formed of the human desire, hope, and despair exist.Haruto Tsukishiro is falling asleep in his room when suddenly he accidentally falls into another person’sdream.It is the dream of witches who have been held prisoners in the dream world. They have rejected reality and run away into the dream world to remain as eternal “Sleeping Beauties”.
Haruto who has wandered into the dream world of the witches seeks to find the exit door as he exchanges conversations with the witches…