mobcast inc. (Head office: Minato-ku, Tokyo. CEO: Koki Yabu) are proud to announce that a special promo event will be held to celebrate the release of the smartphone app “Moba Pro 2 Legend” (Hereafter referred to as “Moba Pro 2”). Starting from today on May 26th (Fri), players will be able to win Crystals and Ultra Rare Cards in a new promo event 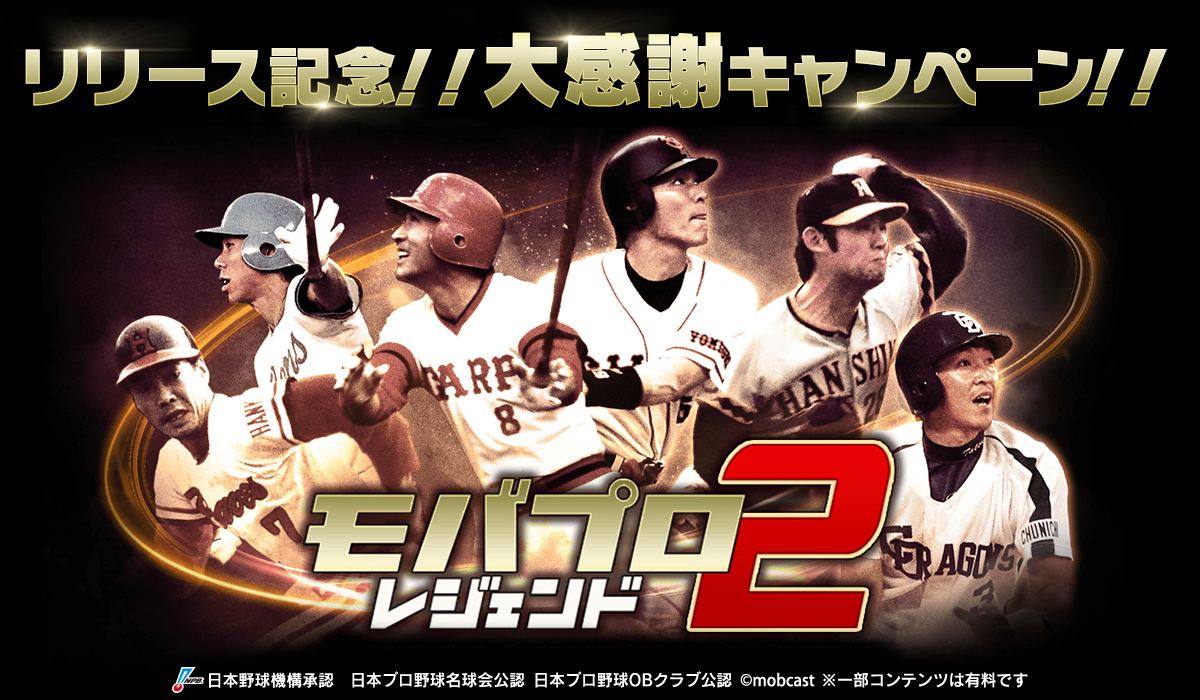 This game is the sequel to “Moba Pro”, a popular smartphone NPB baseball game that allows users to trade players and interact among each other in their communities. Many users have already been enjoying this game since the release on May 15, 2017.

The promo event titled “Release promo event!” features login gifts for players as well as the event “Ultimate Lineup Battle” in which five media outlets compete among each other! We hope that you will participate and enjoy this new event!

Commemorating the release with special promos!

All users who login to Moba Pro 2 during the promo period will receive 300 Crystals (worth one legendary player)! Use this to strengthen your team and pave your way to becoming national champions!

To commemorate the release of Moba Pro 2, we are hosting the “Ultimate Lineup Battle featuring various baseball media outlets” event. The editorial staff of five baseball media outlets all with great knowledge of the game’s history will come up with their own ultimate lineup of retired players and actually go up against each other’s teams.

Furthermore, the special site is also featuring a promo in which players can predict which outlet’s lineup is the strongest. If more than 500 users make predictions and tweet, we are giving away 300 Crystals (worth one legendary player) to all players. Also 10 lucky winners who predict correctly will be receiving one UR Card Pack as well!

We are giving out a uniform for all 12 NPB teams (one uniform per winner) for free. To participate in the lottery, select your choice of team at the special site and tweet on Twitter! You will be able to win the uniform of your favorite player on your favorite team! There are no limits to how many times you can participate, so start tweeting right away!

■Promo 4 – Popular YouTubers duke it out!

Two popular baseball related YouTubers, Qoonin and AKI will release “let’s play” videos of Moba Pro 2! They will each make a community within the game and will try to see who can earn more trophies in a week. Check out “AKI GAME TV” to see who will come out victorious!