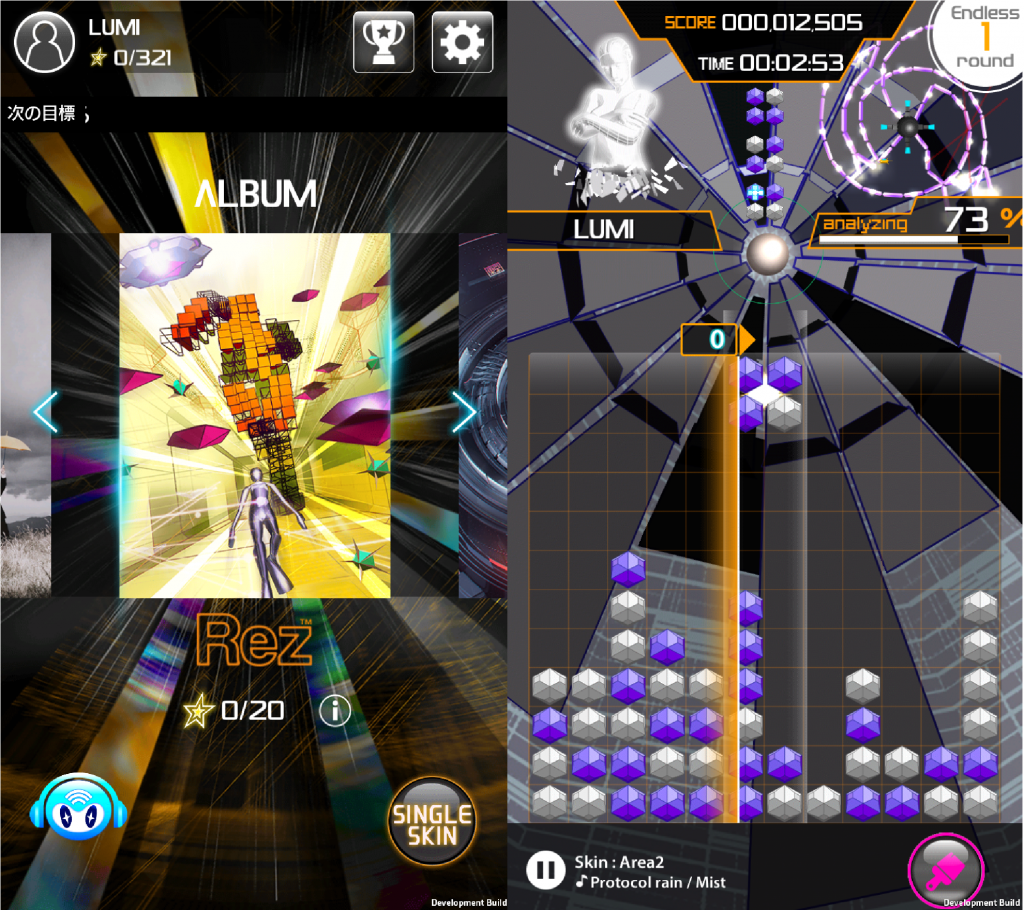 With the release of “Rez Infinite”, the world’s most celebrated new VR game, the original version of Rez has tagged up with LUMINES to present you with the “Rez PACK” (600 yen)*.
The original Rez was a synchronized rail shooter released by SEGA (currently: SEGA Games) for the Dreamcast and PlayStation®2 in 2001.
We hope that you will enjoy the Rez PACK that features six fan-favorite tracks that were included in the original Rez!
*The cost will fluctuate depending on the exchange rate

■Tracks included on the Rez PACK